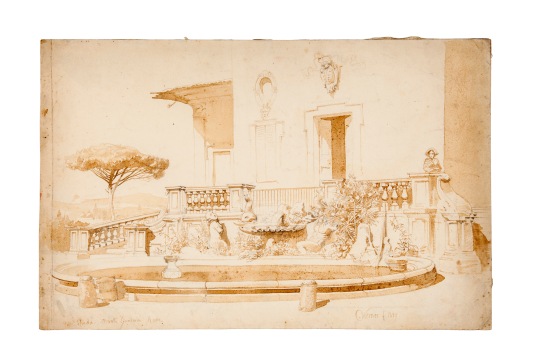 Graphite and watercolour on paper

A fountain in Cairo

Graphite and watercolour on paper.

Sketch done from life, which was then reworked in various oil paintings and watercolors made by Robert dedicated to Villa Madama, the most notable of which is kept in the Hermitage in St. Petersburg. It can be dated around 1759 in analogy with other sanguines of the same subject, in particular with a drawing sold at auction by Sotheby’s in New York January 29, 2014 (lot 100). (Alessandra Imbellone)