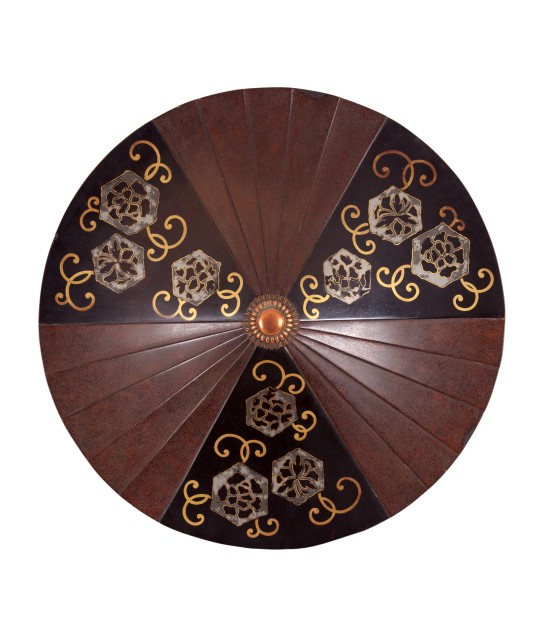 The Jingasa (“war hat”) is the typical war hat worn by low-ranking soldiers, and it was cheaper and more unassuming than the elaborate Kabuto, thus making it affordable to less wealthy soldiers.
There were, however, as in this case, more refined Jingasa for Samurai who preferred to wear something lighter during the execution of civil duties or other less official contexts.
The Jingasa develops during the Edo period in imitation of the straw hat commonly used by the population (Kasa). The shapes that these helmets can take are various: in this case the outline seems to be a shield.

Information taken from the catalogue of the exhibition “Samurai” (February-June 2009), Royal Palace of Milan, from the Koelliker’s Collection, curated by Giuseppe Piva and Fondazione Antonio Mazzotta