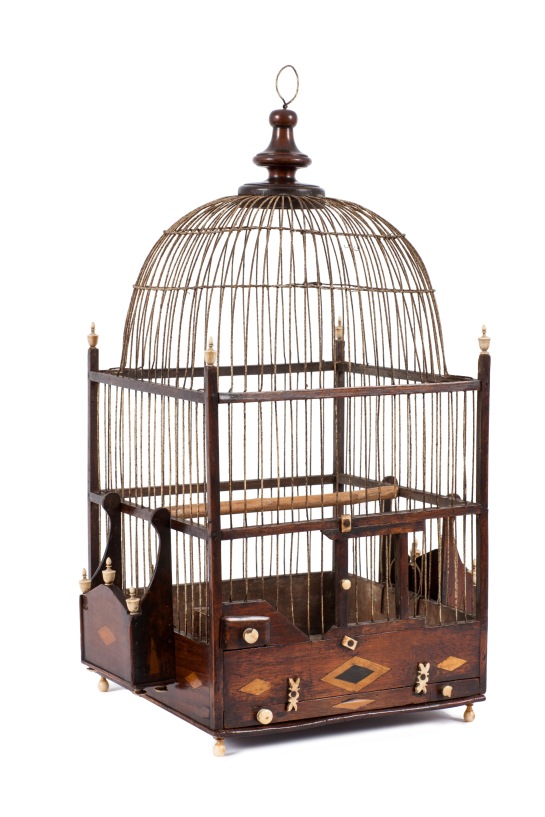 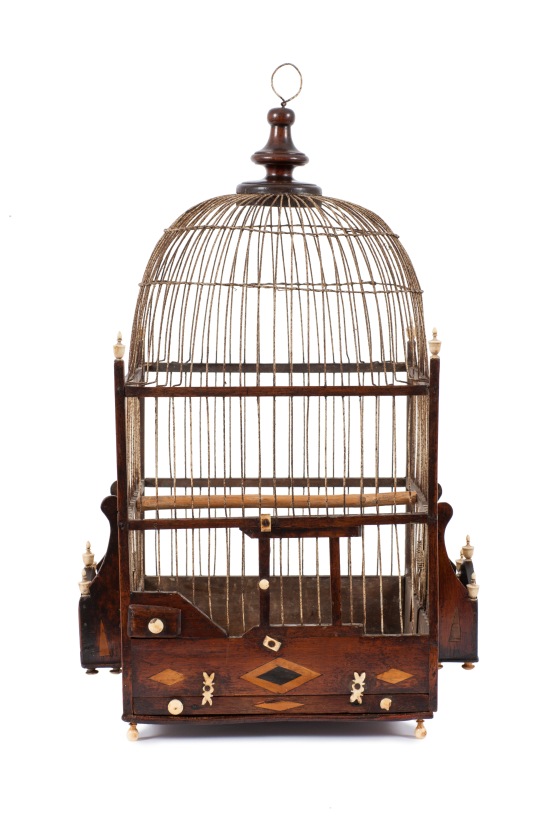 Mahogany inlaid with ebony and boxwood with ivory decorative supports 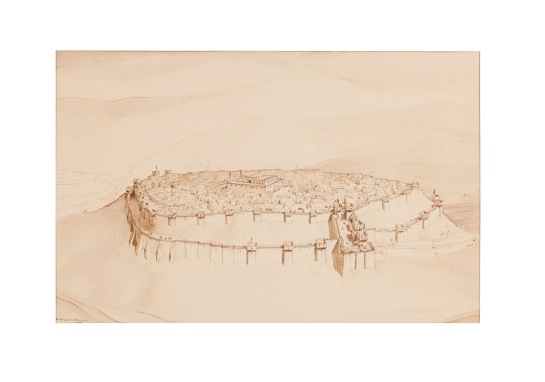 Reconstruction of the ancient city of Lachish, 1932

Inscription: (bottom left) H.H. McWilliams / 1932; (plate on the rear) The Welcome-Marston Archaeological Expedition to the Near East 1932-38 Lachish showing double fortification constructed by Rehboam and maintained until the fort’s final destruction, 588-587 b. C. Drawing by H.H. McWilliams

The grand drawing of the reconstruction of the ancient city of Lachish was carried out by McWilliams at the end of the first phase of the excavations conducted by James Leslie Starkey, from London, during the Archaeological mission in Palestine in 1932-1938, which ended with the mysterious murder of the Archaeologist. The South African artist created it on the bases of an aerial photograph of the site – the current Tell ed-Duweir in Israel – and the philological interpretation of the remains and sources.

He moved to London in 1926 to study architecture, and traveled all over Europe as a draftsman before joining the Welcome-Marston Archaeological Expedition in the Middle East. Even after his debut, as an architect, in his country, he continued his active and adventurous life, participating in the landings in Sicily and to the liberation of the Greek islands. He is considered a worldwide prominent designer of war topics, a naval designer and an illustrator: his works are exposed in South Africa’s major museums.

The Reconstruction of Lachish, which offers an image of the biblical city, previous to its destruction, in 587-588 BC, protected by double walls, as affirned by Starkey, was published by the archaeologist himself, in the first report of the excavations carried out in Palestine (1933) and which is since then considered the official icon of the ancient fortified town of Judea, second in order of importance, only to Jerusalem.
Alessandra Imbellone 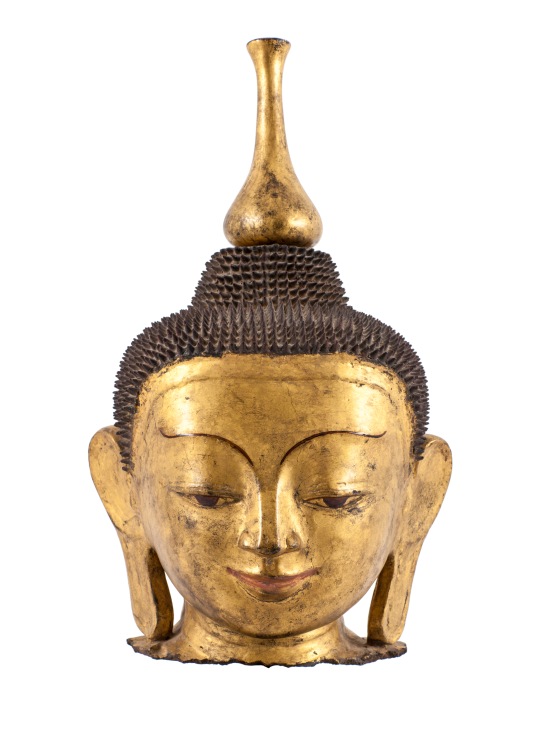 Carved and gilded wood and lacquerware

The semi closed meditative eyes and the ripple shapes on the neck make this head most probably part of a larger statue of the Buddha sitting in the Lotus position.

In Burma (now known as Myanmar) the prominent branch of Buddhism is the Theravāda tradition.

The Theravāda path to liberation from human suffering is constituted by the “seven relay chariots” also known as the “Seven Stages of Purification” :

Burma is also “is the most religious Buddhist country in terms of the proportion of monks in the population and proportion of income spent on religion” (Cone & Gombrich, Perfect Generosity of Prince Vessantara) 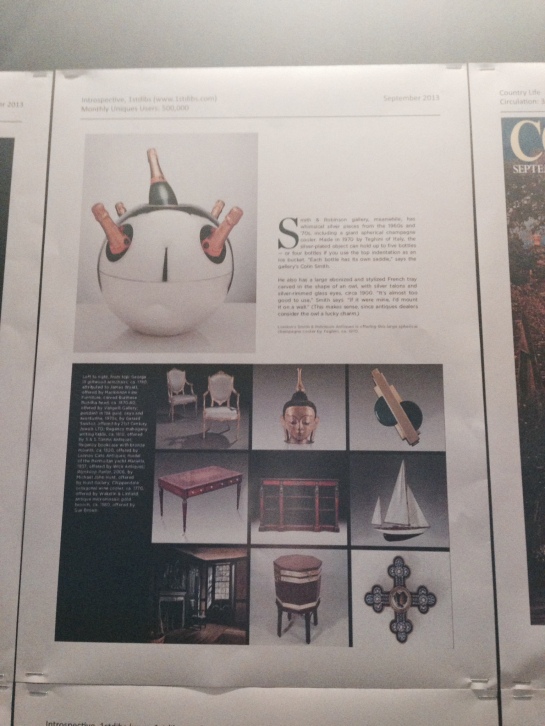 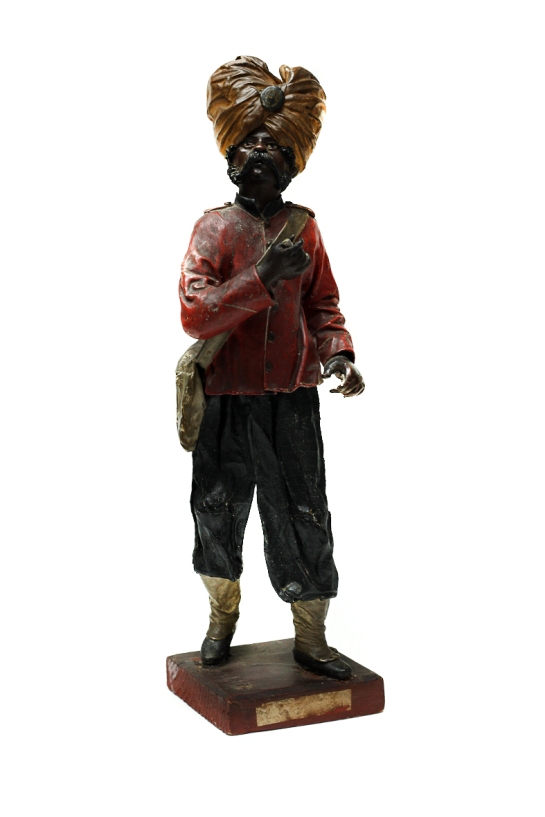 Fine figure of a Indian postman 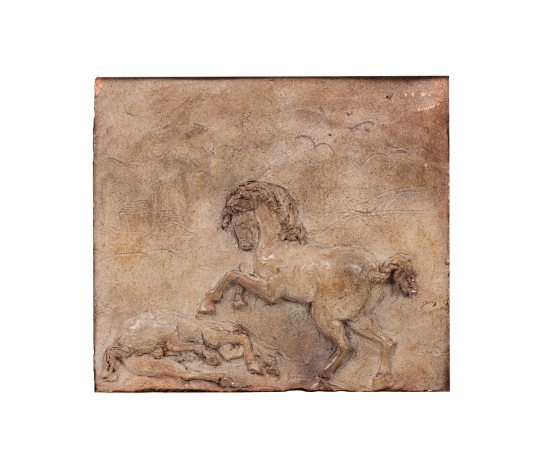 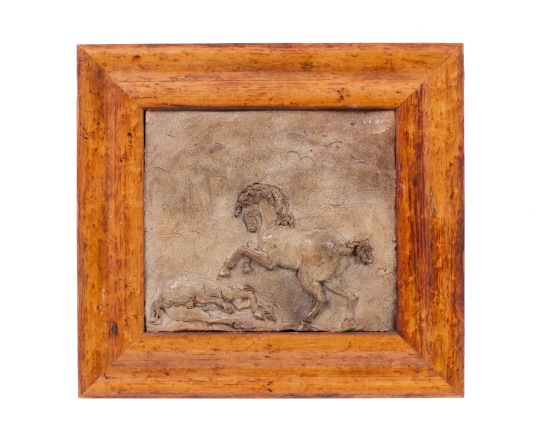 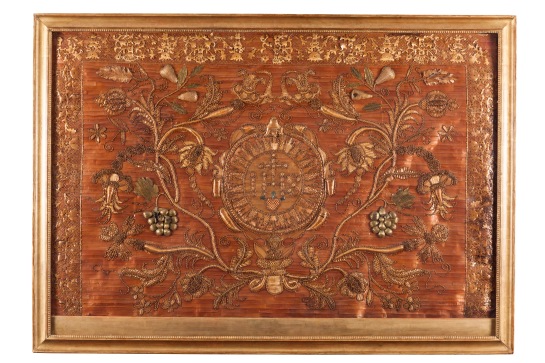 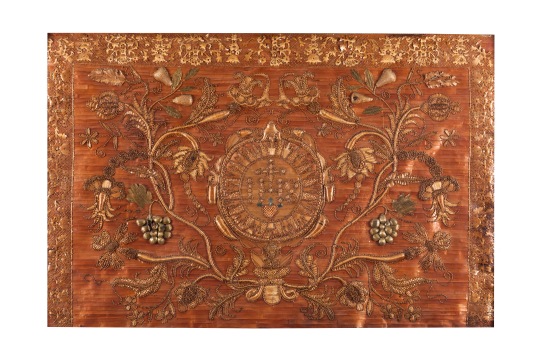 Anonymous artisan from the Italian regions of Tuscany and Liguria.

It is a remarkable example of  Capuchin art. Due to their vow of poverty,  the Capuchins could not use materials of luxury such as gold or silver.

This masterful intertwined monogram of the “Holy Name of Jesus” refers to the theological and devotional use, in Christianity, of the name of Jesus. The reverence and affection with which Christians have regarded the “Holy Name of Jesus” goes back to the earliest days of Christianity. The devotions and venerations also extend to the IHS christogram (a monogram of the “Holy Name”), derived from the Greek word IHSOUS (ΙΗΣΟΥΣ) for Jesus, or referring to Iesus Hominum Salvator, Jesus saviour of mankind, representing the Holy Name. Devotions to the Holy Name of Jesus exist both in Eastern and Western Christianity. The feast day is celebrated either as the Feast of the Holy Name of Jesus or as that of Circumcision of Jesus, in various Christian churches. The Gospel of Matthew provides a specific meaning and intention for the name Jesus (as the one who “saves his people from sin”) and indicates that it was selected by Heavenly guidance. For centuries, Christians have invoked the Holy Name, and have believed that there is intrinsic power in the name of Jesus. “In the 15th century, the Franciscan Bernardine of Siena actively promoted the devotion to the Holy Name. At the end of his sermons he usually displayed the trigram IHS on a tablet in gold letters.” (The Jesus Prayer, Lev Gillet, 1987)  “Bernardine would then ask the audience to “adore the Redeemer of mankind”. Given that this practice had an unorthodox air, he was brought before Pope Martin V, who instead of rebuking Bernardine, encouraged the practice and joined a procession for it in Rome.” (Catholic Encyclopedia)

This object was most probably a gift to a high prelate  of the Order of Friars Minor Capuchin (for his private chapel) form an unknown friary in Tuscany or Liguria.

It contains many interesting symbols:

Grapes – they represent Holy Communion and of the “blood shed by Jesus on the cross for the forgiveness of sin”. Grapes are also symbolic of the fruitfulness of the Christian life.

Pomegranates – a motif often found in Christian religious decoration. They are often woven into the fabric of vestments and liturgical hangings or wrought in metalwork. Pomegranates figure in many religious paintings by the likes of Sandro Botticelli and Leonardo da Vinci, often in the hands of the Virgin Mary or the infant Jesus. The fruit, broken or bursting open, is a symbol of the fullness of Jesus’ suffering and resurrection.

These “straw paintings” are craft objects made by shaping straw into patterns and representational images. It became widespread in the early modern era particularly among minor and  Mendicant orders, due to their vow of poverty.

Johann Wolfgang von Goethe writes in his “Italian Journey”
“In honour of St. Francis, St. Peter’s Capuchins have splendidly adorned a side altar. There was nothing to be seen of stone but the Corinthian capitals: all the rest seemed to be covered with tasteful but splendid embroidery in the arabesque style; and the effect was as pretty as could be desired. I particularly admired the broad tendrils and foliage, embroidered in gold. Going nearer, I discovered an ingenious deception. All that I had taken for gold was, in fact, straw pressed flat, and glued upon paper, according to some beautiful outlines; while the ground was painted with lively colours. This is done with such variety and tact, that the design, which was probably worked in the convent itself with a material that was worth nothing, must have cost several thousand dollars, if the material had been genuine. It might, on occasion, be advantageously imitated.” (translated by Alexander James William Morrison)